Door het Oog van de Nacht. (Through the Eye of the Night) 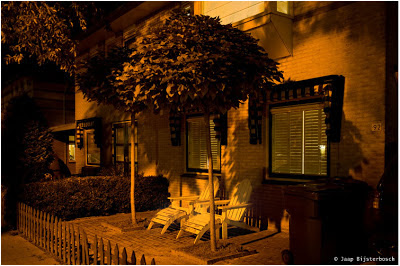 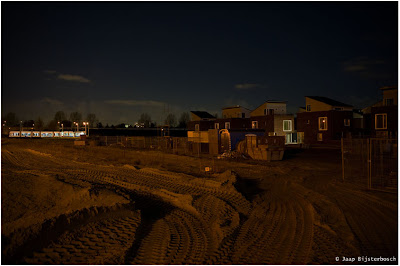 There's something strange about spots in the night. Everything that looks normal in daylight often becomes frightening, mysterious or magical in the dark.
Essentially the night is just a big black box in which all kinds of things exist. Things which are natural as well as things which are made by mankind . Sometimes these things become visible, mostly by artificial light. A feeling of disorientation arises. One knows there's something out there, but it stays invisible. What's waiting in the dark? In my pictures this atmosphere is captured. There's also a distance from everyday life, calmness and concentration; moods which are often to be felt at night.
From april 2013 till march 2014 I am going to exhibit a selection of Night Photographs in the exhibition spaces of the Amsterdam Hogeschool. A hogeschool is a kind of university.
Fervent followers of my blog may have seen these photos in the series Night & Silence.