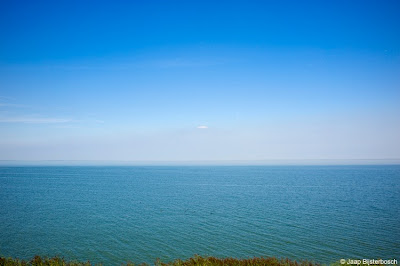 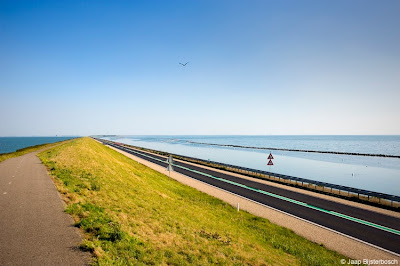 It was the last real summer’s day of 2013. At least in Holland. The wind was from the South East. I went for a bike ride along the dike between Lelystad and Enkhuizen. It is a dike through The Ijsselmeer, a huge inner lake in the northern part of Holland. The dike is about 30 kilometers long. Just sitting on the bike I felt very small in the enormous blue space.
Time & Space turned into just one dimension.
Up: Houtribdijk Lelystad-Enkhuizen. 13/9/5 5.03 pm
Under: Houtribdijk Lelystad-Enkhuizen. 13/9/5 5.07 pm
Gepost door Jaap Bijsterbosch op 9:49 p.m. Geen opmerkingen: 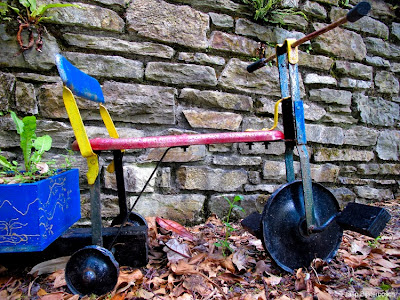 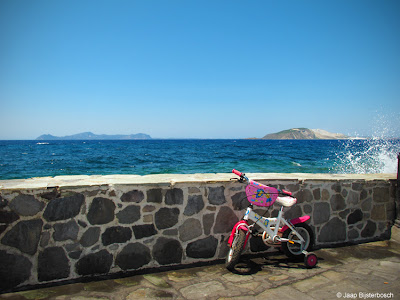 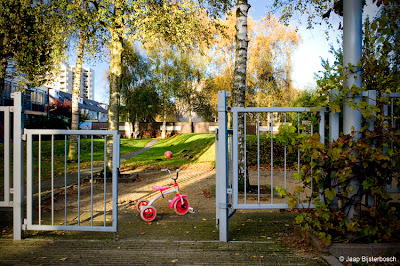